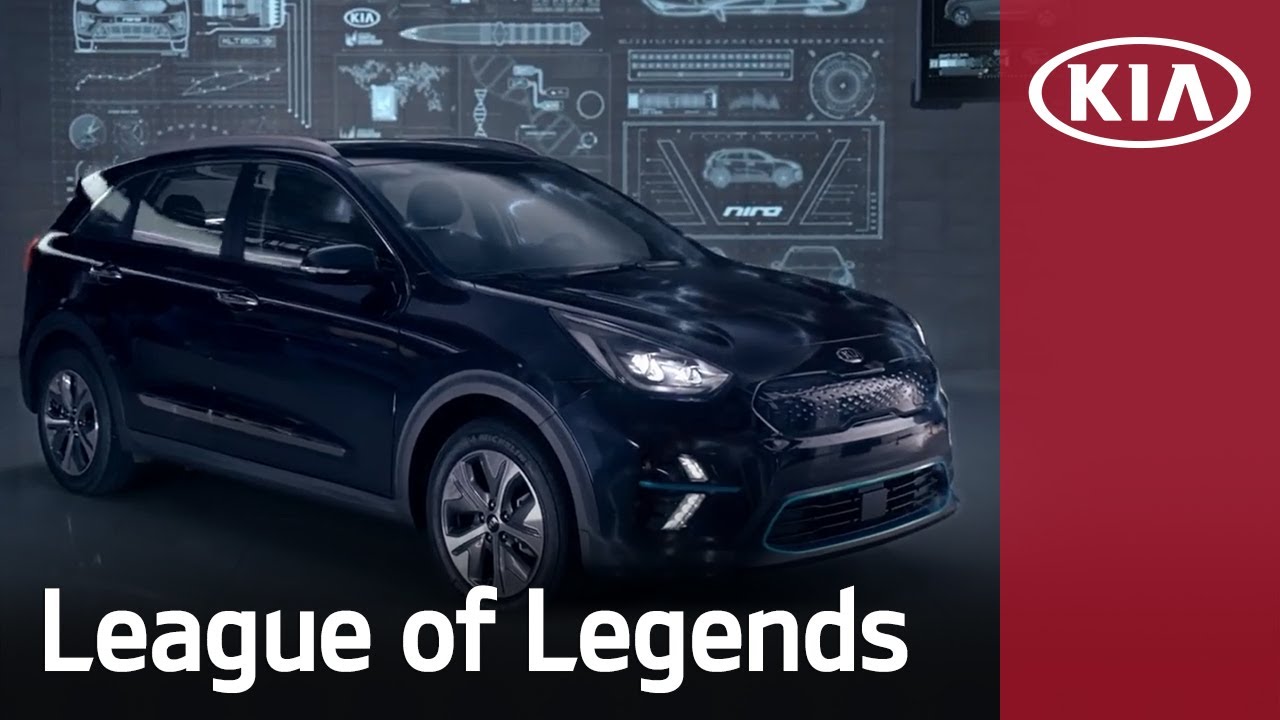 To expand the ways of communicating with young e-Sports fans around the world, Kia Motors chose to sponsor ‘League of Legends,’ one of the most popular games with 100 million viewers per month. Kia Motors started sponsoring ‘League of Legends European Championship (a.k.a. LEC) from the 2019 season, which reached more than 840K viewers at once.

Our goal was to create a Hero Film that promotes Kia Motors’ trendy, dynamic value and that connects Kia Motors with the LEC League, e-Sports fans, and furthermore, the younger generation of the world.

We picked out three main goals that we had for our Hero Film.

1. To make the e-Sports fans, who normally dislike watching commercials, watch and pay attention to our Hero Film

2. To announce the future visions of Kia Motors

3. To create a connection between a vehicle and a PC game

We decided to input the little details that any e-Sports fan would undoubtedly know into our Hero Film to get a step closer to LoL and LEC fans.

‘e-Niro’ was chosen as our Hero Car because we felt that it was very adequate to show Kia Motors’ future technologies and visions. It was also a vehicle that was more highly promoted in Europe.

To plan a story that connects a PC game, Kia Motors, and e-Niro, and to visualize our plan, we had to give endless tries. Through our hard work, we were able to brand Kia Motors as a part of a massive festival called LEC. We were also able to easily introduce Kia Motors’ future technologies and its ‘electric vehicle’ while enjoying the festival with the ‘young’ e-Sports fans together at the same time.

Our Hero Film was constantly talked about among people during the LEC League as the unique game commercial for e-Sports fans around the world to enjoy and get involved in. It was not recognized as a normal, usual car commercial. 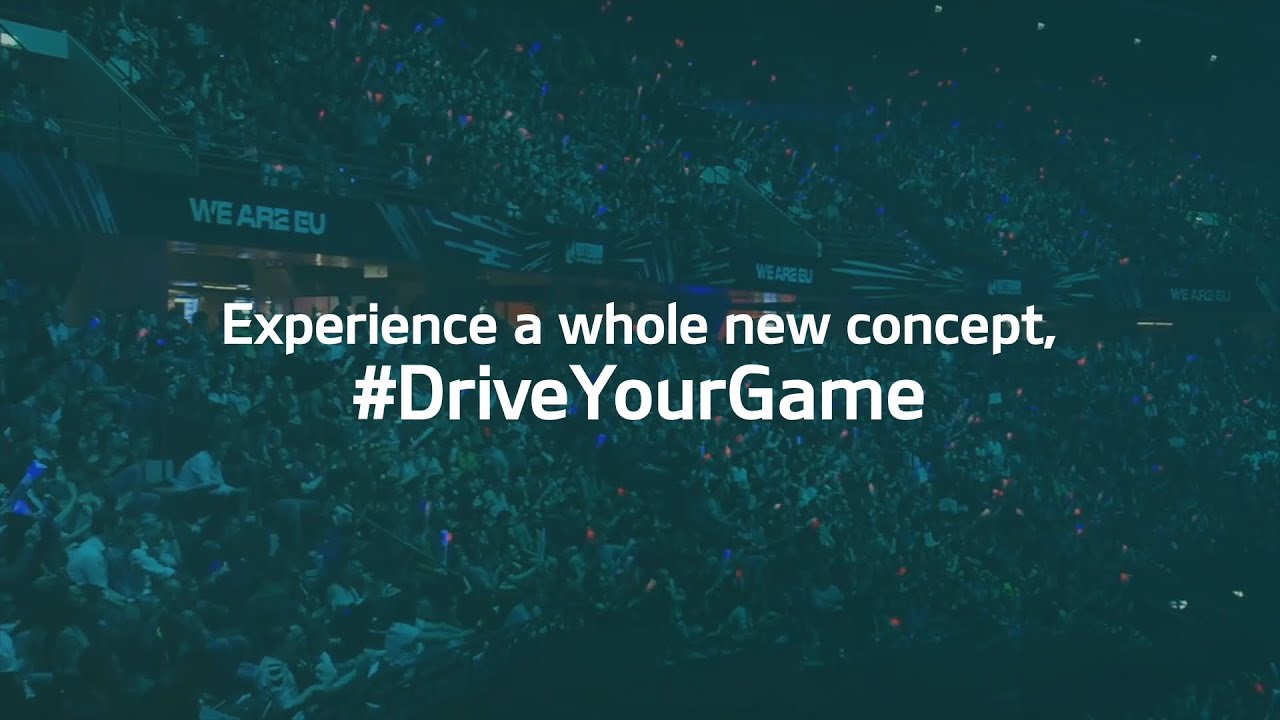 We received incredible reactions from e-Sports fans who viewed our 2019 Kia Motors LEC League Hero Film. Although it was a car branding film, the meaning it held was more than just ‘viewing’ for the fans. We also saw new possibilities of film as it gave them a chance to enjoy another type of ‘game’ within the film itself. Using this particular experience as our background knowledge, we were able to prepare for the new 2020 LEC League Hero Film with Kia Motors.

By announcing its future plan called “Plan S”, Kia Motors declared its transition from the internal combustion engine system to an electric vehicle (EV) system. Future mobility paradigm will be reformed to be adjusted to EV, which also relates to Kia’s long-term goal to grow as a top global business that leads innovation.

For this reason, Kia Motors is promoting EV marketing campaigns mainly in Europe and USA, where the EV infrastructure is more developed compared to other countries, and is gaining a lot of positive response. 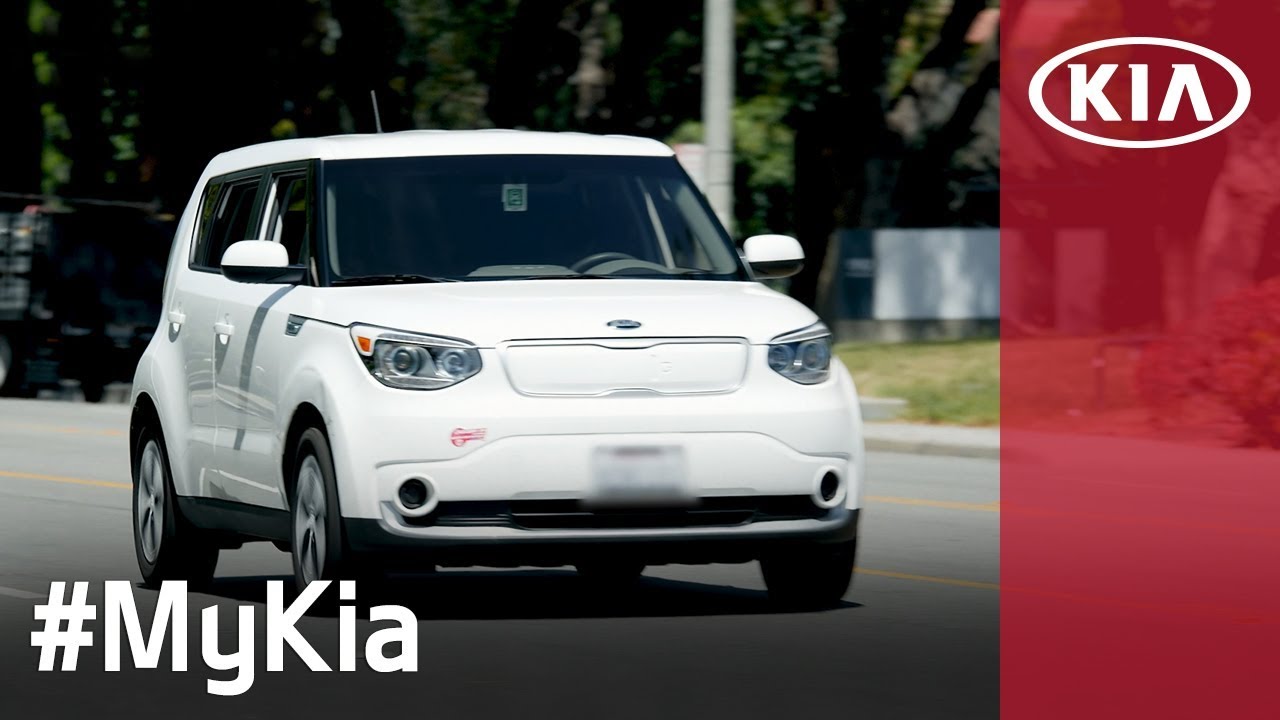 Due to this reason, ‘e-Niro’ was chosen as the Hero Car for the Hero Film that was broadcasted on the LEC League channel that 840K viewers watch.

We began to think about the ways of relating ‘e-Niro’ to the traits that PC games have. We studied about 150 LoL Champions(characters), their skins and unique powers. Not only did we learn about the Champions, but we also learned about the ‘game items’ that would be useful when making connections with ‘e-Niro’.

In 2019, the LEC League faced a major turning point. The ‘G2’ team under LEC became the finalist in the ‘2019 League of Legend World Championship’ (a.k.a. LoL Worlds 2019) held in Paris. It was not always easy for the LEC team to step into the Finals, which also meant that it was a chance for the LEC team to redeem its reputation. The anticipation grew especially when they defeated ‘SKT T1’ led by ‘Faker’ in the Semi-Finals.

The Finals didn’t go the way expected. Tearing the fans’ great anticipation of witnessing an intense, competitive battle, G2 suffered a major loss to the Chinese LPL League’s FunPlus Phoenix with a score of 3:0, a complete defeat; the fans who were looking forward to the 2019 season had to face the unfortunate reality.

We wanted to encourage the fans to leave the regrets of 2019 in the past and to heighten their excitement for the upcoming 2020 season. Thus, we began to think about the ways we could deliver this message of encouragement with Kia Motors’ ‘e-Niro’.

“Energy” was the keyword that could revive the fans’ excitement after the long wait during off-season, that could bring the fans and the players as one, and moreover, that could connect with Kia Motors’ future.

And so, it was crucial to fully charge this “Energy”!

Now the counterattack was about to begin through the energy gathered from Kia Motors, the players, and the fans. “Energize. Charge up!”

Let’s refer back to LoL Worlds 2019 Finals. We planned the storyline with G2’s “Ryze”, “Jarvan IV”, “Veigar”, and “Ezreal” – the four Champions who actually played at the 2019 Finals. In the 2020 Hero Film, the Champions plan a secret strategy and grind their teeth to counterattack this year. The story takes place in a virtual LEC Strategic Analysis Lab where the preparation of e-Niro as the ‘Fifth Champion’ is being held.

<On the right is the list of the Champions that played in the LoL Worlds 2019 Finals. Kia Motors shows support as a team player in the place of ‘Nautilus’ listed in the fourth supporter position>

The Champions need the ‘Statikk Shiv’, a magical item(dagger) that provides high-power electricity needed to awaken the yet sleeping fifth Champion, ‘e-Niro’. The story starts off as the LEC agents(Champions) are in desperate need to find this energetic dagger, and the Secret Agent finally brings it to the Lab.

<’Statikk Shiv’ – A crucial factor that will lead the story>

<A storyboard that was created according to the storyline>

Finding an appropriate LEC lab that is this film’s main background was a major factor that could decide the success/failure of this project. We had to go through the whole country and all of the hidden places to find a lab where a vehicle could move in. The place for the lab was finally chosen after considering the possibilities of adding CG, prop installments, and etc.

We took actual measurements of the confirmed lab and placed props in the way that we could add CG in the latter process. As we were doing this, we predicted the camera angles/movements and took another big step towards the final outcome.

Although they are not as well-known in Korea, Quickshot and Vedius, who are the top Casters and are very famous in the LEC League, graciously came all the way to Korea to star in our Hero Film. Quickshot played the role of a secret agent, and Vedius played the role of the LEC lab researcher and also of Veigar(Champion), which gave the fans a pleasant surprise. 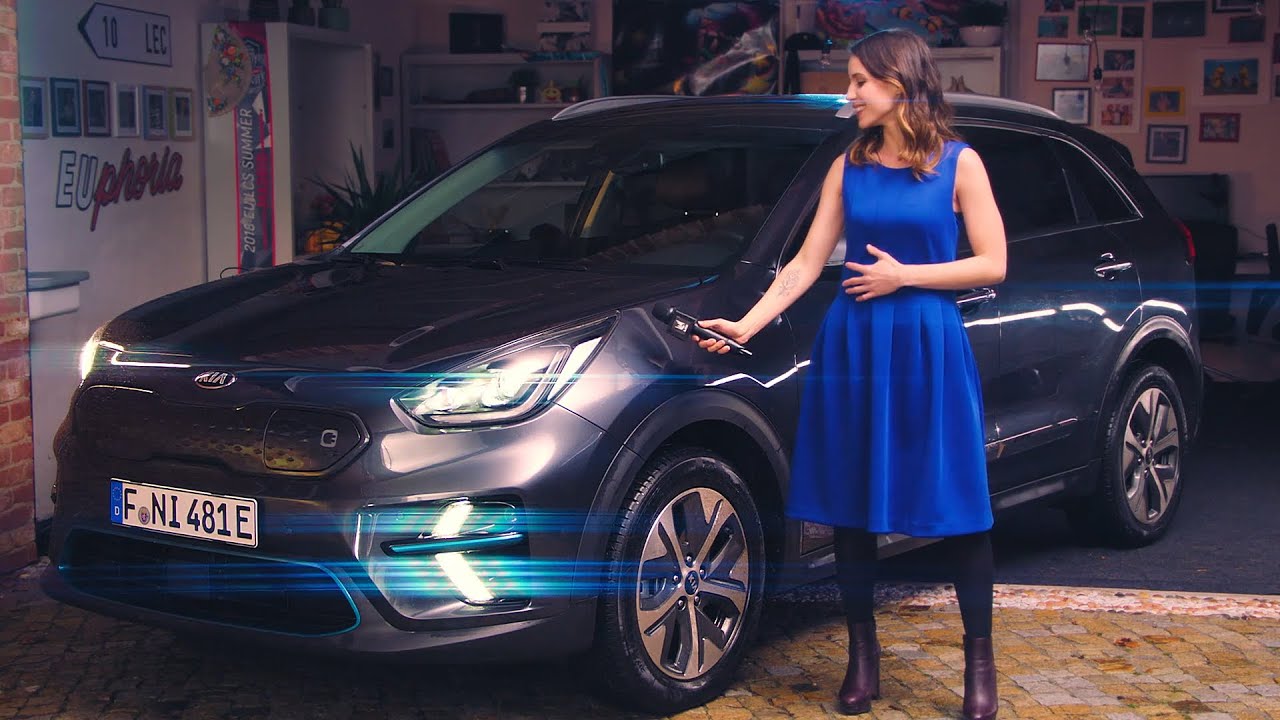 <Thanks to the energetic LEC Casters, we had an awesome time on set>

Our plan was to portray e-Niro’s technology, which resembles the high-tech looks of the near future, and the fantasy factors of LoL by adding VFX & CG to most parts of the scenes. On set, we continued the production by predicting and imagining parts that don’t actually exist in reality. To help with this process, we used green-colored dummies and constantly had close discussions with the CG team, so that the continuity from production to post-production would go on with the same tone & manner.

We didn’t want the audience to take this film in as a car commercial. To stop the e-Sports fans from easily clicking the ‘skip’ button, we hid numerous ‘Easter Eggs’ here and there, so they could also have fun finding these hints while watching our commercial. We were hoping that researching for the ‘Easter Eggs’ would feel like another ‘game’ for them.

<Martin Hansen (a.k.a. Wunder), the 2019 LES Spring Final MVP, accidently showed this message on his screen while playing a match, which became a big topic to talk about among LEC fans>

On January 2020, the LEC League started off with a grand opening. We hope that the European League will take the winning trophy, putting the past season’s results behind, and that Kia Motors will stand out by showing on-going, passionate support along with LEC’s fans. 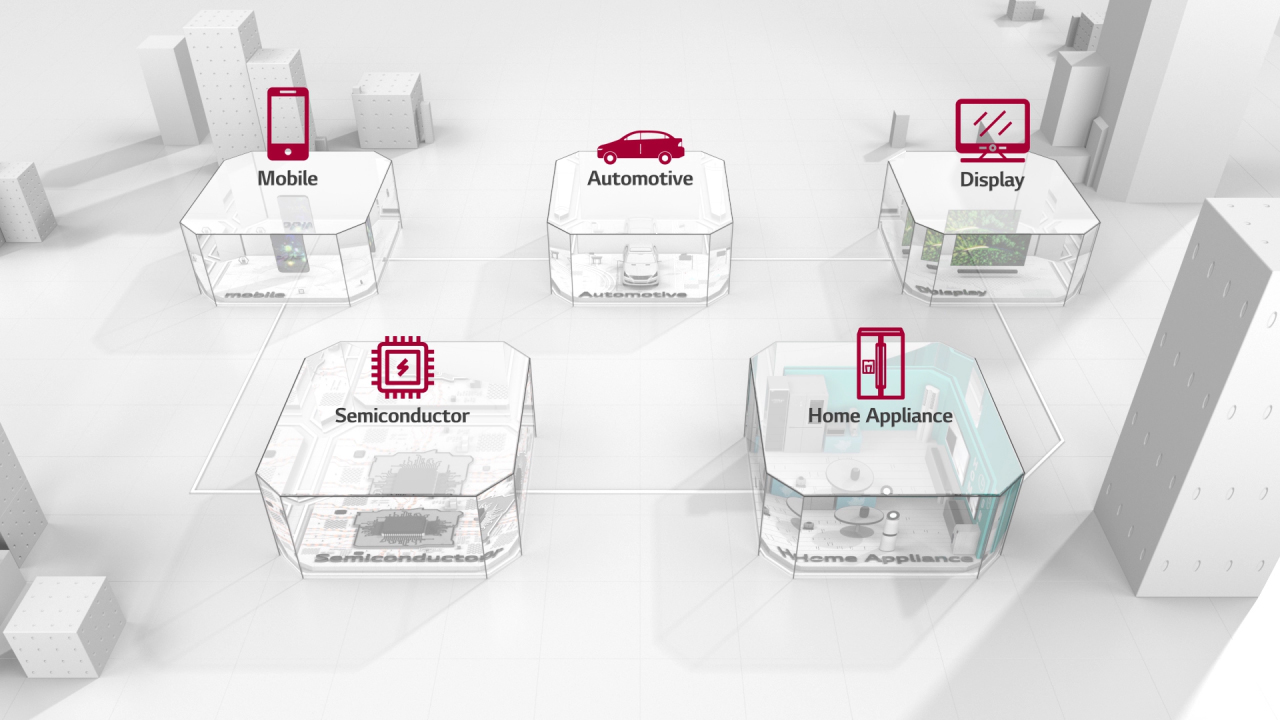 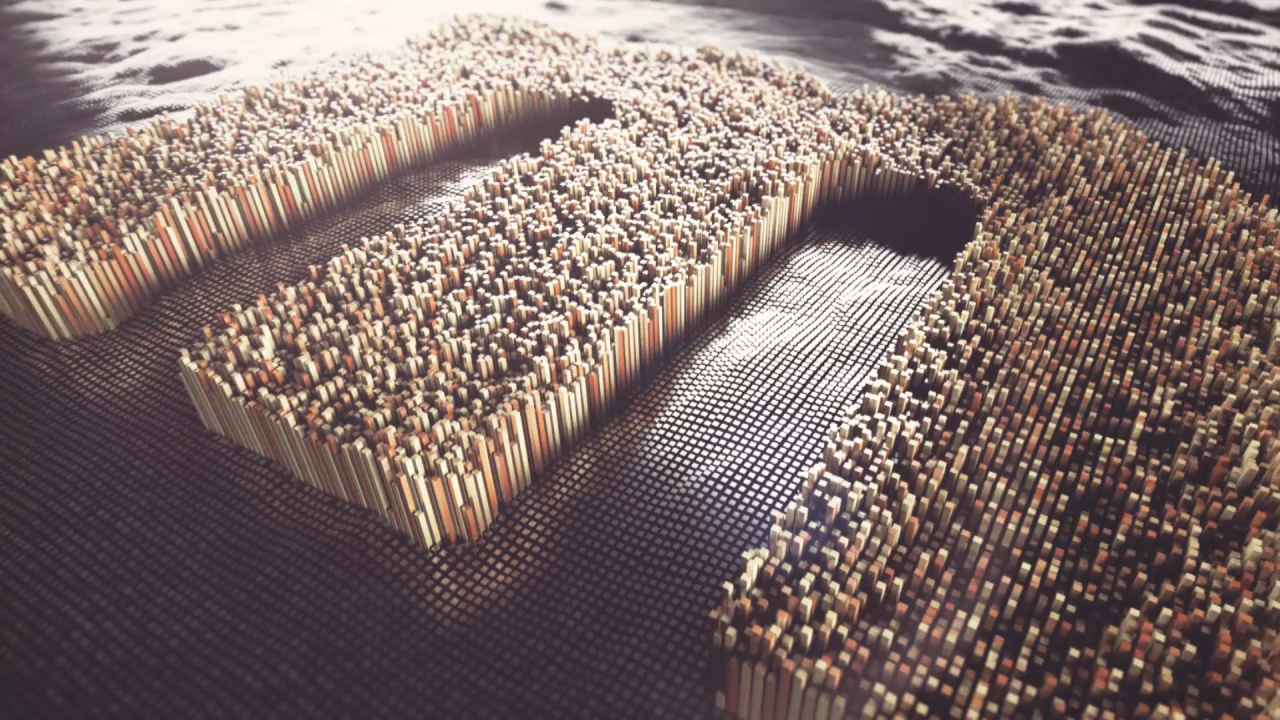 Kia & LoL I Charge Up